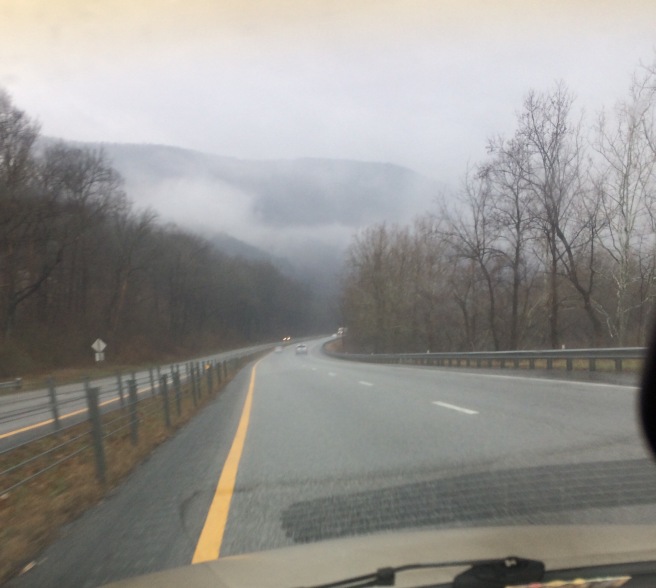 It seemed fitting that it was raining. The sky above was tinted a dull gray, and swirling mists clung to the brown, barren mountains. It was raining just enough to freckle the windshield, making the wipers necessary despite the scraping sound they made. Yes, it truly felt like Christmas.

Not like the Christmases that he remembered. Those tended to be pure and white, with the sun playing peek-a-boo from behind the swirling flurries. They were happy times, and the world responded as if it could feel the joy as well.
Now he was just driving by himself, going home to spend one day with family. That was not the problem, because he loved his family. But this year, something was different. Somebody was missing.

It had been less than a month, but already the world seemed like such a different place. Try as hard as he might, he could not find the holiday spirit. All the hoopla that went with the seasonal festivities suddenly meant very little.

Everybody has those memories of Christmas time at grandma’s house. But this year, it would be Christmas at grandpa’s house. As good as that was, there was something missing, something irreplaceable. The sky had wept this way at her funeral less than a month before. It was fitting that it would cry on the first Christmas Eve without her.

Published by Arrowhead Freelance and Publishing

We are a small publishing company located in Southwest Virginia. We believe that everybody has a story to tell, and we want to offer them a chance to tell it. We hope to make the world a richer place, one story at a time. View all posts by Arrowhead Freelance and Publishing

One thought on “Saturday Flash Fiction”