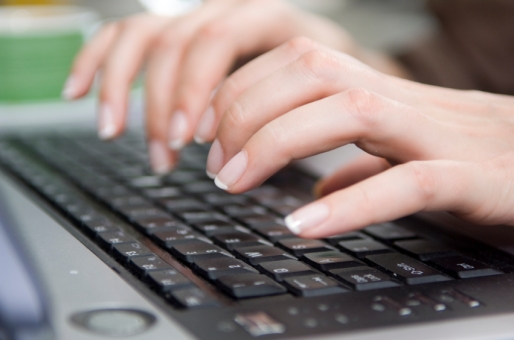 She looked around the room, her thoughts straying from one thing to another as the urge within her swelled. Idea after idea came and went like the fluttering of birds, and she found them just as elusive to capture. They bubbled and burst within her,  and an intense feeling of euphoria washed over her. She slowly brought her gaze back to the blank screen in front of her, and willed the thoughts to flow through her fingertips.

She sat there, her fingers hovering over the keyboard. The thoughts that had once appeared so vivid now lurked in the dark recesses of her mind. She sought them out, but they hid from her. The energy bubbling inside her now threatened to rip her apart. She desperately sought some relief, some valve to minimize the pressure, but nothing worked. Her fingers hovered, paralyzed.

She looked from the screen to the wall, then back to the screen, and then to the clock. She watched a minute tick by, then a second. Time was not the answer. Time would not magically make the words appear. Only one thing would.

Hesitantly, almost fearfully, she pushed down with a finger. She watched as the character appeared on the screen. After several more, a word materialized. She wasn’t sure it was the right word, but it was a start. There would be time for editing later.

Published by Arrowhead Freelance and Publishing

We are a small publishing company located in Southwest Virginia. We believe that everybody has a story to tell, and we want to offer them a chance to tell it. We hope to make the world a richer place, one story at a time. View all posts by Arrowhead Freelance and Publishing